College of Dance to performing at the Olivier Awards in the Royal Opera House. Read John’s fantastic story

John, originally from Limerick, started dancing at age seven. While he might have started dancing at a young age it was later in life when John realised that he was destined to be a performer. After completing a media degree at university the calling to become a professional performer became too much. He attended his first ballet class at age twenty, joined the College of Dance, graduated and went to Laine Theatre Arts, London. John then embarked on a glittering professional career which continues todate.

John’s shares his memories of how he discovered the College of Dance, his first day, his favourite experiences and some of the funnier times during his time at the College. 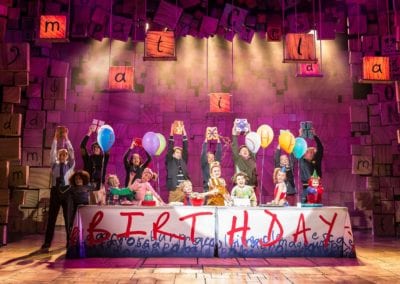 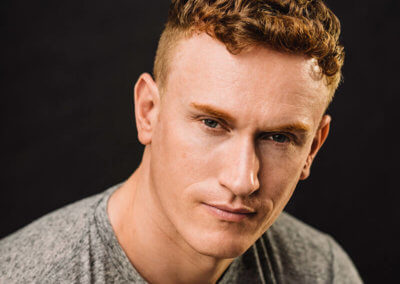 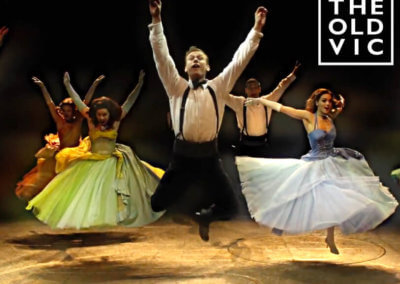 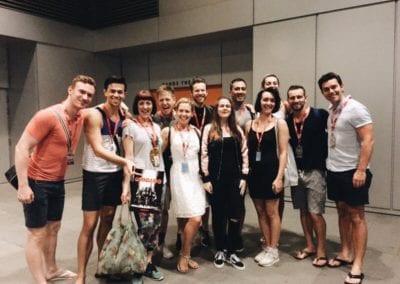 When did you start dancing?

I started dancing at the age of 7 at Spotlight Stage School in Limerick.  I was so terrified I hid under my coat for the first three weeks. It was a great place to build a foundation in dance, singing and drama along with gaining confidence in performance. I didn’t take my first ballet class however until I was an adult.

How did you hear about the College of Dance?

I had just graduated from a media degree at University but all I wanted to do was dance.  I joined my first ballet class at the age of 20 which was an evening class in a community centre with lots of older ladies.  The teacher was affiliated with the College of Dance and recommended that I audition.

What was your first day like at the College of Dance?

I was excited and terrified. I felt incredibly lucky that I would get to dance all day every day.  I was intimidated by everyone and felt a bit of an imposter. I found out later that most of the others felt the same way.

What were some of your fondest memories of College of Dance?

Definatly our end of year performance. The moment where we went from being a group of students to a company of dancers was incredible. I also remember one of our teachers, Bernadette O’ Rourke, using the phrase ‘When you are all working as dancers…’. It was her use of the word ‘When’ rather than ‘If’ that made me feel like it was an actual possibility.

What subjects were your favourite and why?

Jazz dance was always my favourite.  I loved the characterisation and storytelling element.

“The College of Dance helped instill in me such strong work ethic. That you never stop learning!

We were taught that you are always striving to be better no matter how much you achieve.”

What were the key lessons you learnt at the College of Dance?

I learned a strong work ethic from College and that you never stop learning.  We were taught that you are always striving to be better no matter how much you achieve.

What funny anecdotes do you have from your time at the college?

So many! When I bought my first ballet uniform, the shop assistant accidentally gave me see-through tights. I didn’t know any better and was about to stride into my first College of Dance ballet class with everything ‘on show’ when one of the boys pulled me aside and stopped me. I was very grateful and we became lifelong friends.

Where did your journey move onto when graduating from the College of Dance?

After graduation I was accepted to study Professional Dance and Musical Theatre for three years at Laine Theatre Arts, London. Whilst training I performed at the Royal Variety Performance, several TV specials, multiple professional Pantomimes and the Royal Gala Opening of the Wales Millennium Theatre. My first professional credit on graduating from Laine was the world tour of ‘Mamma Mia’.

I went on to perform in London’s West End in shows such as ‘Chicago’, The original London cast of ‘Priscilla Queen of the Desert the Musical’, ‘Cabaret’, ‘From Here to Eternity’, ‘Guys and Dolls’, ‘High Society’ and ‘Matilda’. My most recent credits are the International Tour of ‘Spamalot’ and the World Tour of ‘Cats’ playing the Rum Tum Tugger.  I’ve also worked at the National Theatre in films such as ‘London Road’ and workshops for ‘Wonder.Land’.

What do you consider are your career highlights?

I had one on one rehearsals with Anne Reinking for the 10th Anniversary Performance of Chicago in the West End. She was Bob Fosse’s muse and I had idolised her in movies such as ‘All That Jazz ‘ and ‘Annie’.  To work with her felt like a true honour.

The night my parents came to see me play the lead in ‘Priscilla Queen of the Desert the Musical’ in London. It had been my dream to make them that proud and the night it happened was an incredible moment. Whilst in the West End production of ‘Cabaret’ we were asked to perform ‘Willkommen’ at the Olivier Awards at the Royal Opera House with a 74 piece orchestra.  It was an unforgettable night.

What advice would you give a dancer thinking about coming to the College of Dance?

I wasted many years too afraid to go for it, convinced I wouldn’t be good enough.  Forget all of that. If all you can think about is dancing, then you’re a dancer. Your biggest obstacle is your inner critic telling you not to try. You have to ignore that voice and trust the part of you that wants to do what you love. The College can help you achive so much so trust in them.

My other advice would be to meditate! There’s amazing apps now for quieting the mind and helping you focus. Dance and performance exists in the moment, you need to be present in that moment to truly feel it. Don’t compare yourself to others! If you meet someone whose skills you admire, don’t turn it inwards, learn from them.

Visit the College of Dance on our open day. Ideal for students and parents

Learn more about the College of Dance’s expert faculty