Two scholarships, performing all over the work, Clare shares her journey

From a young age Clare knew she wanted to perform. From early childhood she danced, sung and had dreams of performing. Clare came to the College of Dance and said that this experience meant ‘she would never be the same dancer or person again’. Clare was awarded two scholarships to futher her training and is currently enjoying a highly successful professional career. 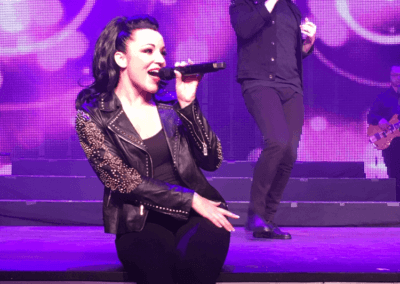 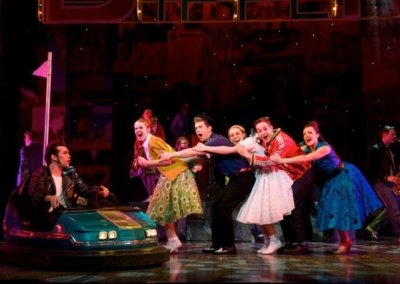 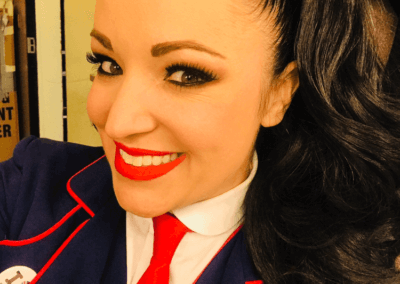 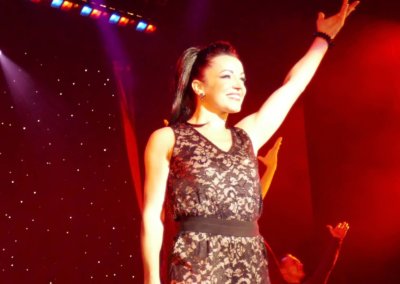 I started dancing from age 5 or 6 at a local variety group in my area. At age 10, I joined the Helen Jordan Stage School and spent many years there. During my time there we would do annual shows and I was fortunate enough, through auditions, to be chosen for many jobs, events and seasonal work. I spent many years continuing right through my teens travelling Ireland gaining experience in lots of different forms of entertainment including stage work, tv, dancing, acting and singing.

How did you hear about the College?

During my teen years I met Bernadette O’ Rourke whilst doing some work. I did not know at the time but she would go on to be an influential character and mentor to me. I had heard of the College of Dance and Bernie was teaching there and so she gave me a lot of information on it, which I researched and very quickly took a huge interest. I went to an open day there and immediately knew I loved it and decided, as nervous as I was, I needed to audition.

What was your first day at the College of Dance like?

Most of my first day was a blur if I am very honest. However, I will never forget the moment I walked through that door and saw many smiling, welcoming faces.  I would never be the same dancer or person again. This was to be the beginning of one huge adventure that I am still lucky enough to be living to this day.

The nerves and apprehension was crazy, but so was the drive that was bubbling away, just waiting to explode. Of course I will never forget the end of the first week where I thought my body and mind would never recover from the insane, demanding but yet fulfilling road I had just stepped on.

What’s your fondest memory of the College of Dance?

Every day was a trek for me from home to college, usually around 1.5 hours, but this was a first of many lessons. Time management, focus and determination. No matter how tired I was when I got up each morning, I couldn’t wait to start my day. Every day brought something new. I knew I had many people to turn to when my body was letting me down. I remember days when I thought I couldn’t physically get through it without a nap, or a limb transplant but yet, the positive push I got from every teacher was incredible.

Not only were they teaching me my trade , but they were teaching me that I could rise above my limits and break all barriers in order to succeed. To become  a better version of myself every day. Classes were tough, but we also had lots of laughter along the way, many stories , and many many memories to last a lifetime.

What subjects were your favourite and why?

I loved every subject for different reasons. I loved ballet, although lets face it, I was never gonna be a prima ballerina, I didn’t have the hips or the feet for it, but it taught me discipline, and I loved to just indulge in those squishy barre exercises or leap across the floor through the air, feeling like a little fairy, but probably looking like a sausage dog. I had never taken contemporary, but this was one dance form I truly fell in love with. It spoke to me and made me realise that I didn’t always have to be smiley and happy. I could become one with my innermost feelings and really use my breath , not only for singing. Feeling the floor on every part of my foot and letting gravity take over , made me feel strong, but yet like fluid.

Jazz, of course, was the class where the musical theatre fan in me could really have fun. It pushed me to my limites and some days I felt like I would not make it home, because if I had sat down I would never have gotten up again. However, being pushed in this way gave me the strength and stamina required and that is pretty remarkable.

What were the key lessons you learnt at the College of Dance?

Where do I start! The immediate things that jumps at me are these…. Believe in yourself: Every day without fail, I was made to believe in myself. So maybe I did get things wrong… lots of things, but ,I was never made to feel like I was unable or not worthy of this career. Respect: for myself and for others. Not only was I taught it, I was also shown a lot of respect from everybody there. To be Humble: You can have respect and believe in yourself, but I also learnt to never ever think you are any better than anyone else. In any job or situation, you can be replaced in an instant . So never be that person. I could go on and on, but these are my immediate lessons that spring to mind.

What are some of the fondest memories from your time at the College?

Oh there are so many… Maybe some were not as funny at the time, but looking back its something else! I remember specifically one day, we were rehearsing for our end of year show. It was near the end of the day and everyone was tired. We had to run a number “Good Luck” for Bernie… she’s gonna kill me here. However , I thought if she’s  not looking directly at me , she won’t see that I am not dancing as full out as I can. Cut to end of the routine and nope. I got caught, as did many others. So we were made to do it again… which we can only blame on ourselves . I think we did this maybe three or four times back to back, basically until I felt like being ill. So moral of the story is, don’t think you can get away with anything. They see everything !!!! Hee Hee.

I think back to this day now and laugh every time. Thinking on it makes me realise, it was teaching us stamina, willpower and to cover up. Every time Bernie asked me was I ok, I smiled and said “Yes I”m fine”, so we would do it again. I was determined she wouldn’t break me, but thats only because she taught me to stand up for myself. No matter how bad I felt, people in the industry would try to break me, and I should never let them see they have won.

For some reason, in many contemporary classes I got a fit of the giggles.I wonder was it because of the time of the day. Silly hour had set in, but genuinely I don’t remember a class where we didn’t laugh at some point. The freedom to speak your mind and about how you were feeling,  was next to none in that building. 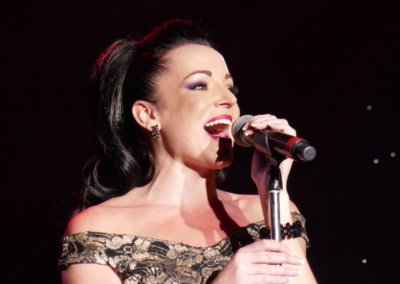 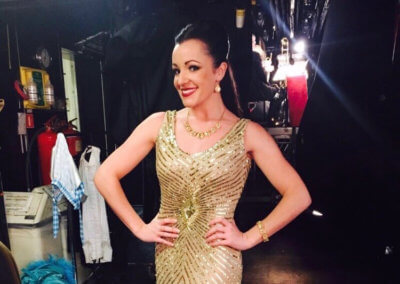 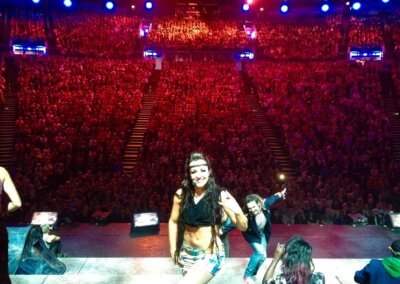 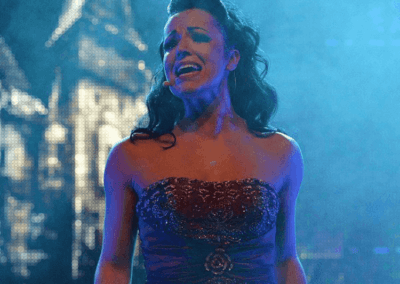 What did you go once you left the College of Dance

I auditioned for three colleges after the College of Dance, and was very lucky to be offered two scholarships. My first choice was Performers College, Essex, UK, which I want to and graduated from in 2009. I will be forever grateful to the College of Dance because thats where I received my strong foundation to lead me to gain my scholarship. It taught me the fundamental things which I then progressed in once I moved my life to the UK and picked up the courage to make the dream a reality. I graduated in 2009 and have been lucky enough to be consistently working since then . Every year brings new learning and adventure but that’s what it’s all about.

What have been your career highlights?

I graduated in 2009 and that was it! Out into the big wide world, where the real hard work starts, despite the fact that you think it’s hard in college. Within two months I already had my first job so was extremely lucky. I felt like all the hard work, tears, doubts and worries were worth every second. By no means has it been all plain sailing, but that love, determination and drive sure helped me along the way. Some of my career highlights would include …

I am currently onboard the Holland America Line – MS Amsterdam and we are just about to start the South Pacific voyage after that we embark on the World Cruise voyage 2020. We have 10 shows that we alternate on here, so it’s a lot of fun and versatility. I have been lucky enough to travel the world doing what I love!

What advice would you give a dancer thinking about coming to the College of Dance?

My advise would be to just dig deep and work hard. You will have a lot of fun along the way , but remember that the hard work is just beginning. Nobody said it would be easy, they just said it would be worth it! Every day will bring new challenges and some days you will feel like you have failed. That’s ok, as long as the next day, you pick yourself up, dust yourself off and start all over again.

You are about to start the most exciting, tough, insane journey, but you will make memories for life, and suddenly its 10 years later and you can look back and smile !!!

Visit the College of Dance on our open day. Ideal for students and parents

Learn more about the College of Dance’s expert faculty